The nCore Games have successfully launched the FAU-G (Fearless And United-Guards) in India. Below are a few methods through which you can download and install FAU-G on your Android and iPhone/iOS devices. 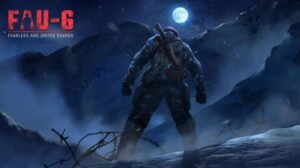 From the past few months, the nCore Games have been developing a new game named FAU-G aka Fearless And United-Guards. A couple of days back, the company has started taking the pre-registrations for the game. Finally, the long wait for Gamers has almost come to an end. Today – January 26, the nCore Games has finally released the FAU-G Mobile Game on the account of Indian Republic Day. In the beginning, the company has also announced that it will be donating 20 percent of its income to Bharat Ke Veer trust.

Talking about the game, it is completely based on the real-life incidents of the Indian Army which took place last year with the Chinese Army. The Bangalore-based company – nCore Games have officially said that the battle royale game modes and also the online multiplayer will not be available initially. Based on the number of registration counts, this game is expected to be a huge hit in the country. Interested users can download the FAUG Mobile on your smartphone by following the below methods.

In case if you are unable to do the above process or if the game doesn’t get installed, you can download the APK file from here.

As of now, the company has not released the iOS version of FAU-G. As per the sources, the game is expected to release in the upcoming days for iPhone/iOS users.

As it is the initial release of this game, it generally takes a couple of hours to hit all the smartphones. So, don’t get panic. We hope you have installed the FAU-G on your mobile successfully. In case if you have encountered any issues then do let us know in the comment section below. Also, make sure to tell us the review of the game from your side via the comments section.

Up Next: How to Archive and Unarchive Emails in Gmail on desktop & mobile.