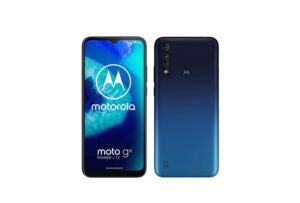 The new Moto G8 Power Lite sports a 6.5-inch HD+ IPS LCD display with 720×1600 pixels resolution and is powered by Mediatek MT6765 Helio P35 (12nm) processor. The device comes with 4GB RAM, 64GB internal storage and can be expandable up to 256GB with a microSD card.

The device runs Android v9.0 out of the box and packs with 5,000mAh battery including 10W support for charging. It comes with a fingerprint scanner on the rear side (back). The connectivity options include Wi-Fi 802.11 b/g/n, Bluetooth v4.2, GPS, Micro-USB port. The sensors include gyro, accelerometer, proximity, fingerprint scanner.

Also, Check out: 7 tips for choosing the best domain name.

At present, We have only the above-mentioned information about the products.

Note: We cannot guarantee that the above-mentioned information is 100% correct. We will update you with a new post once the device is made official.