Redmi (Xiaomi) is one of the fastest-growing & selling mobile brand in many countries. A few days back Xiaomi launched the POCO F2 PRO globally and a few weeks back Xiaomi released Redmi K30 5G edition. 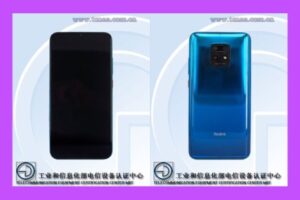 According to the leaked reports, it seems that Redmi is working on a new smartphone with model number M2004J7AC. The device has been certified by TENAA. It looks like a new Redmi 5G smartphone is going to come soon.

Coming to the camera, Redmi M2004J7AC comes with a 48-megapixel triple rear camera and 16-megapixel selfie camera. The Device runs MIUI (Skin) based on Android v10 out of the box. We are not clear about the version as the company is working on the new MIUI skin. It packs with a 4,420 mAh battery.

The smartphone measures 164.15×75.75×8.99 (mm) and weighs 206 grams. The connectivity options include 5G connectivity, Bluetooth, GPS, WiFi. The device will be coming with U shaped notch and an In-display fingerprint scanner.

According to the reports, The new Redmi M2004J7AC is available in Green, White, Blue, Black, Pink, Red, and silver Colors.

Keep checking our blog regularly for more such interesting news.

Note: The specifications mentioned here may be correct or may not be correct as it’s not the official release.

How to convert USB from NTFS to FAT32 or vice versa